Cayman Enters into Treaty to Establish the Caribbean Customs Organisation 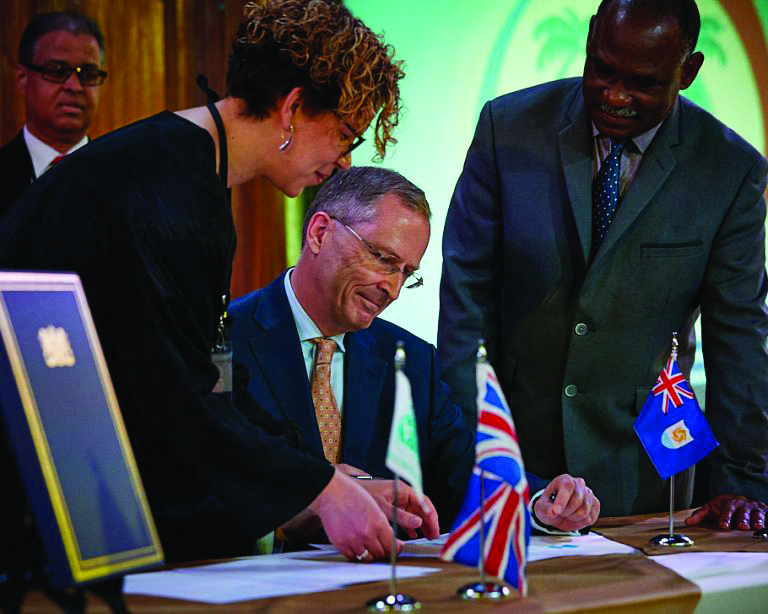 In attendance were various regional and international government officials and the United Kingdom’s Ambassador to Cuba signed the treaty on behalf of Bermuda and all Caribbean Overseas Territories (except the British Virgin Islands).

This treaty will now provide the legal framework and will formalize and enhance the contents of the existing MOU first signed in 1989 and which now has 36 signatories. The Memorandum of Understanding (MOU) allowed for the exchange of information and mutual cooperation for the prevention and repression of custom offenses in the Caribbean.
With the formation of the COO, the Cayman Islands will continue to strengthen positive regional and international relationships for enhanced border protection.

The Caribbean Customs Organisation will replace the CCLEC and a transition period of 2 years will allow for the CCLEC to be terminated and the CCO to become fully operational.

CBC Director Mr.Clifford was accompanied to the conference in Cuba by CBC Deputy Directors Jeff Jackson and Garfield Wong.

The Caribbean Customs Organisation will come into effect 3 months after the 10th member has ratified the treaty in their local Parliament.